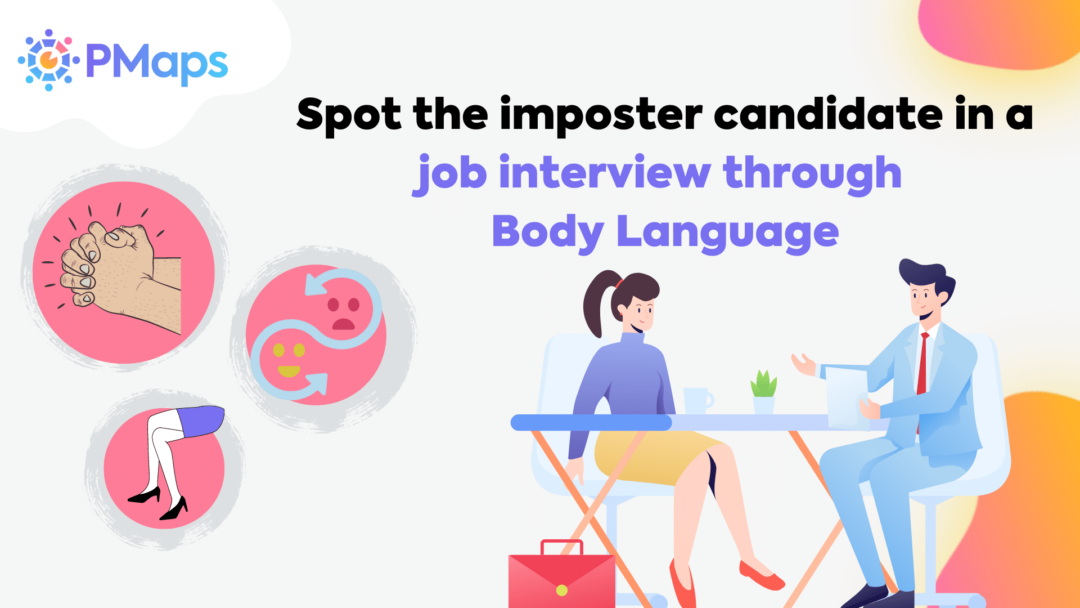 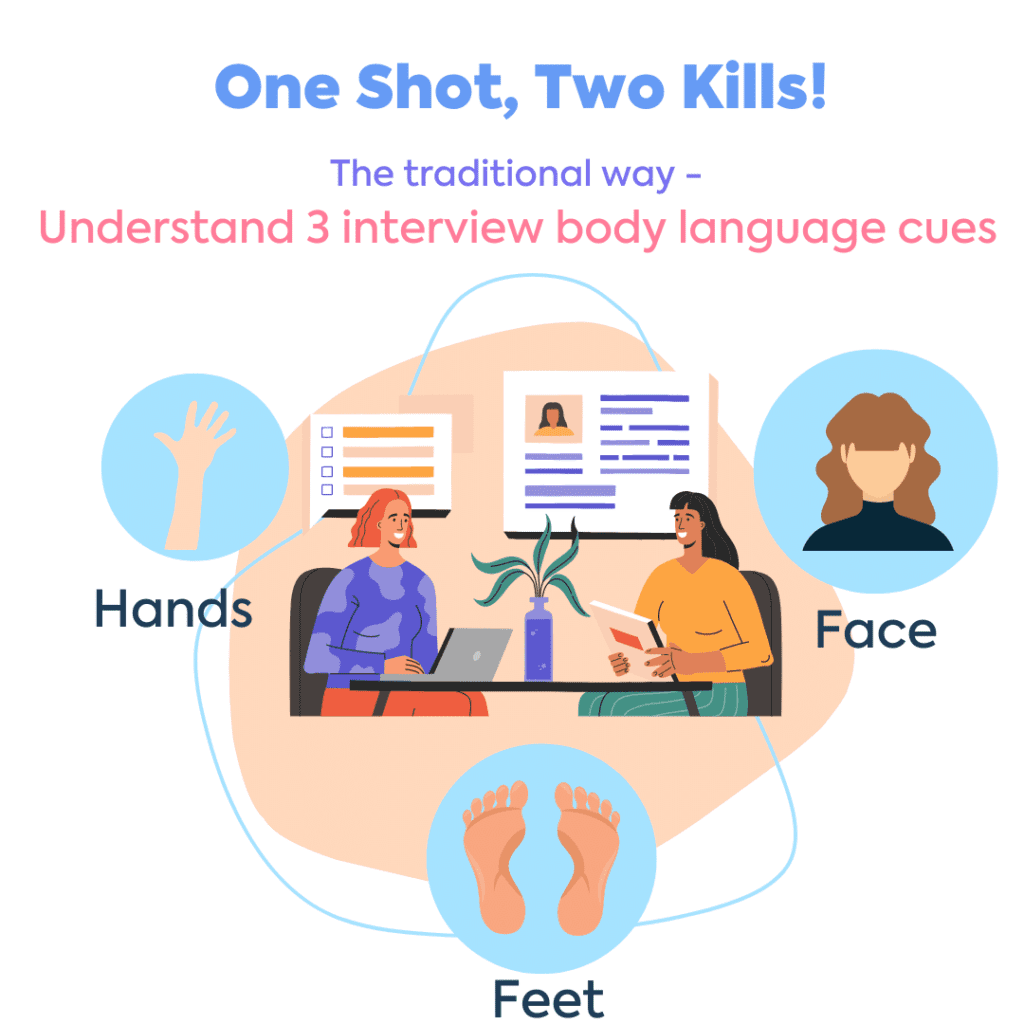 No matter how hard you try, that one candidate with the typical face of a nerd, lingers in your mind during and after the job interview. Something about the way they sit, stand, walk, and speak, makes them an unarguably ideal selection. No wonder, an individual’s body language at a job interview can say just as much as their words do!

Job interview body language refers to the expected behavior of the candidate while attending a job interview. Body posture can convey confidence, interest, as well as engagement – or in contrast, inattentiveness, boredom, and aloofness. 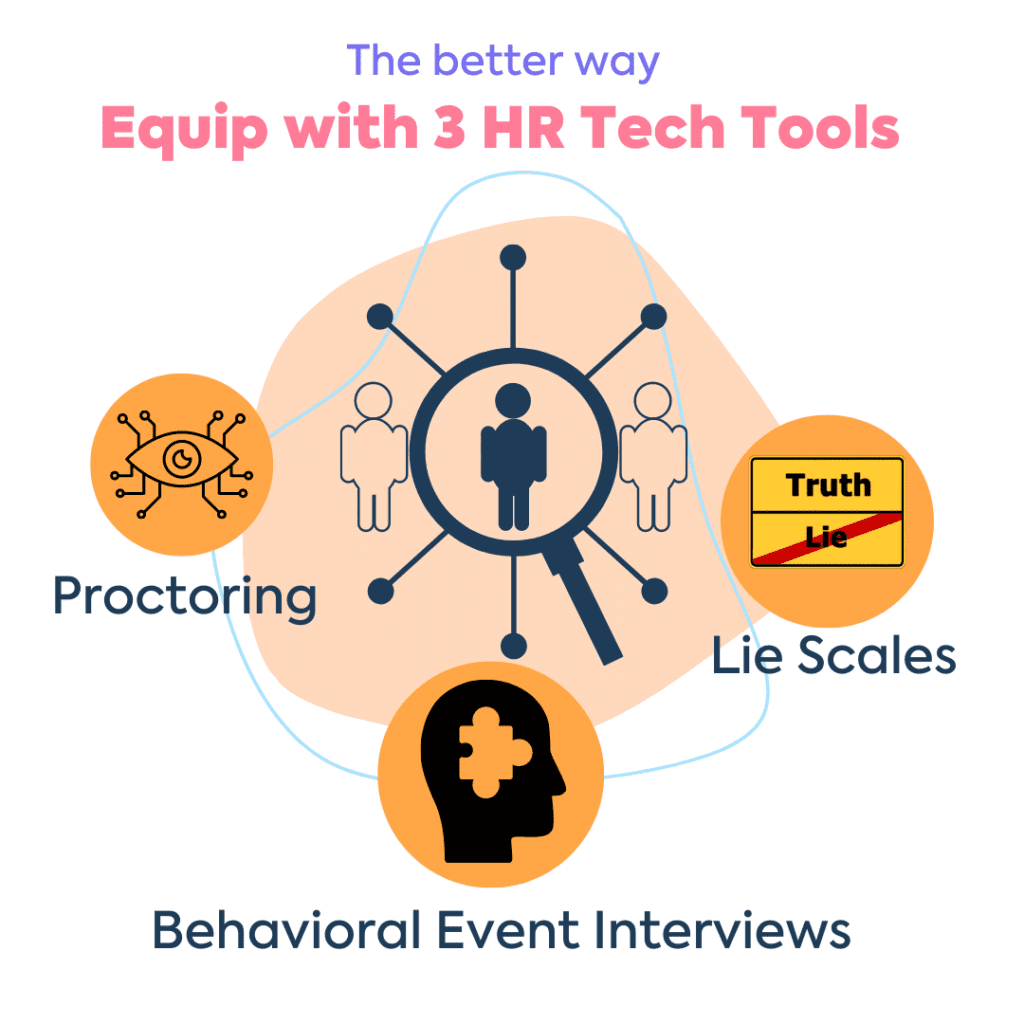 And once candidates step foot into the interview venue, their self-presentation improves exponentially. Suddenly, every aspirant employee of your organization looks smart, enthusiastic, positive, and fit-for-the-role.

This article kills two birds with one stone! It starts by exposing the 3 nonverbal messages which will help you spot the imposter candidate in a job interview. The major takeaways of this article are the 3 best HR tech tools that lessen your investment while hiring truthful candidates. Let’s knuckle down before any final hiring decision is taken! 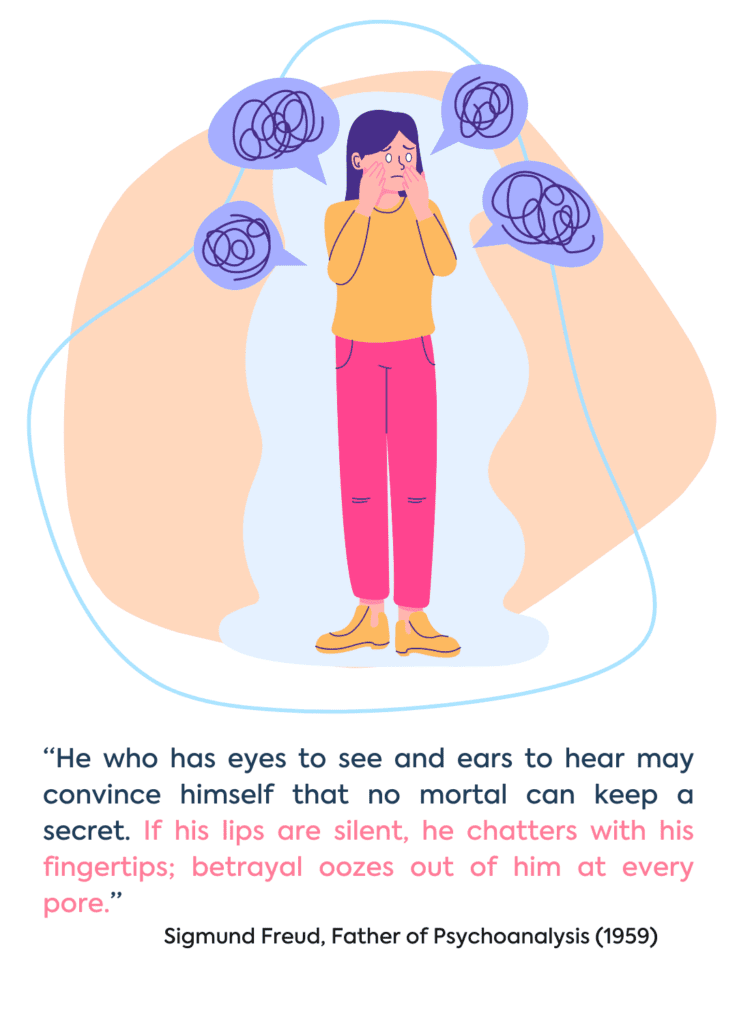 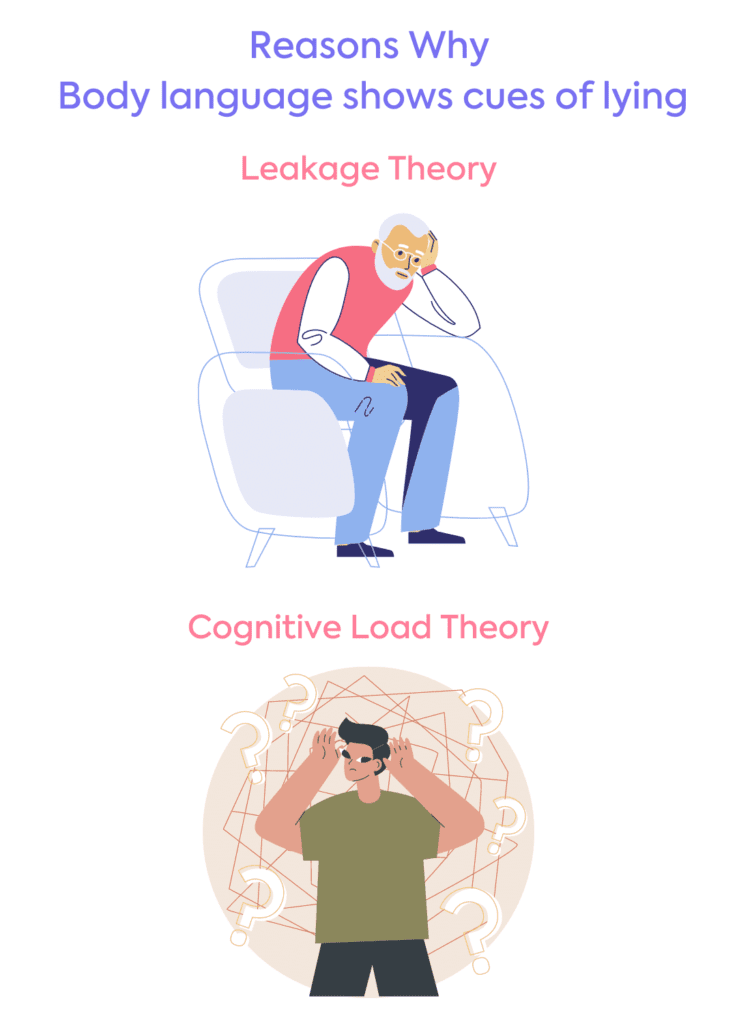 According to research by Albert Mehrabian, body language expresses 55% of our communication, while 38% is through the tone of our voice, and only 7% is expressed through the words we use. Therefore, it becomes important to decode the cues individuals reveal by their behavior.

There are 3 major expressive body parts that the reader must keep in mind – the face, the hands, and the feet. Decoding the lying cues of an individual is often difficult, because the candidate is largely unaware of such behavior on their part. There are two famous theories behind such distinguishable actions.

The first one was proposed by Paul Ekman & Friesen (1969), namely Leakage Theory, which believed in a psychoanalytic proposition that liars tend to be emotionally unstable, amidst the mixed feelings of anxiety, fear, sadness, and more.  This tension is transferred to various body parts, such as face, limbs, eyes, voice, and so on. This results in them showing signs of discomfort, and subsequently, deception.

According to the second popular theory suggested by Vrij and colleagues (2008, 2016, 2017), which is the Cognitive Load Theory, emotional experiences differ between truth tellers and liars. This theory explains why there has to be a difference and justifies the need for lying. Job interview lying, for instance, is dependent on the demand of the interview setting. Unaware actions of the face, feet, and hands are driven by the need for attaining the desired job post.

It can be challenging to read between the lines when it comes to facial expressions. Lips, tongue, eyes, cheek muscles, nose, and even ears, can expose a liar. These subtle interview body language cues distinguish genuine responses from made-up responses. However, the cues often slide past our attention.

Some of these are as follows;

• Micro-expressions: Expressions such as pressed lips and tight facial muscles can be significant signs of a lying candidate. Look out for expressions that occur at the same time as your candidates speak. Pay attention to expressions that last more than a second.
• Tongue: Flickering of the tongue can be a sign of lying. Licking the lips shows nervousness.
• Eyes: Dilation and contraction of pupils can be one of the clear cues of liars in a job interview. Dilation of pupils shows excitement on the part of the candidate, while contracted pupils reflect basic calmness. A constant fluctuation or avoidance of eye contact can display cues of lying.

Interestingly, hands can be the major source of lie detection in a job interview. A study at Michigan University shows that 40% of lies are accompanied by two-handed gestures, whereas 25% of truths show one-handed gestures. There are many other relevant body movement clues that make sense as to why people behave the way they do while lying.

• Placement: Keep an eye on hands that cover the mouth, or scratch the nose, or neck. Lying candidates often indulge in subconscious grooming gestures.
• Gesture Timing: Notice the gesture timing. If the candidate gestures before speaking, they are genuine. In case your candidate gestures after speaking, there are chances that the action was practiced.
• Palm Positioning: When individuals have something to hide, they position their palm towards the ground. On the other hand, genuine individuals keep it exposed to the surroundings.

In an attempt to master the interview body language, candidates typically miss camouflaging the feet. Feet are unintentionally expressive, as if acting with ‘free will’. Candidates shift, fidget, and adjust their feet when it comes to dealing with an uncomfortable situation during the job interview. Some regular cues that are noticeable, are as follows:

• Distribution Of Weight: Uneven distribution of weight on the legs, while standing, can be a sign that the candidate is not confident about the conversation. Keep a note of the spacing between feet for better identification (adequate space between legs shows confidence).
• Movement: Fidgeting side-to-side, or back-and-forth, can be a sign of nervous responses during a job interview.
• Direction Of Feet: Feet that point towards the exit reflect the propensity of the candidates to ‘get done’ with the job interview. It shows their disinterest in the job.
• Ankle Lock: Ankle locking can be a very peculiar sign of lying candidates. Look out for toe curling and interlocking.

3 Better Alternative Solutions For You: PMaps

No matter how intuitive you are, there are many instances where reading nonverbal cues doesn’t help. The behavior of a candidate can be influenced by the way they think. In fact, there is only a 50% chance that your reading turns out to be right. 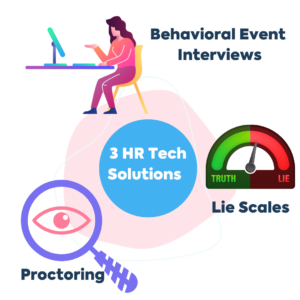 Confusion is natural when you are trying to interpret candidates without any certain confirmations. The reason behind an action can be influenced by many external factors and internal factors. It is better to not take any risks while making a final hiring decision. These 3 best alternative PMaps solutions can help you thoroughly and accurately assess your candidates and find a good fit:

• Lie Scales: Firstly, as you assess the candidates with skill tests, they inform you about how genuine your candidates really are.
• Proctoring: While done in the background, digital proctors secure the tests. They prevent cheating while candidates are completing the assessments.
• BEI: Behavioral Interviews then help you cross-check your filtered candidates. This is done by planned and schemed questionnaires based upon the reports of the lie scales.

We understand how difficult it is to read these body-language cues. Therefore, PMaps brings you an error-free way to evaluate your candidates. Our online skills tests can help you assess candidates’ job-specific abilities and soft skills quickly and thoroughly.

Our reports consist of the prediction regarding employee retention rate in the context of your company values and candidates’ potential salary. This can help you avoid high employee turnover. Our HR Tech platform effectively reduces hiring bias through our psychometric assessments. Make the right hiring decisions and seamlessly onboard employees for your organization!

Reach out for more information at our website, email, or call us at +91–7709196077. You can connect with us on LinkedIn for HR updates and hiring trends. Our experts are willing to help you anytime and anywhere.