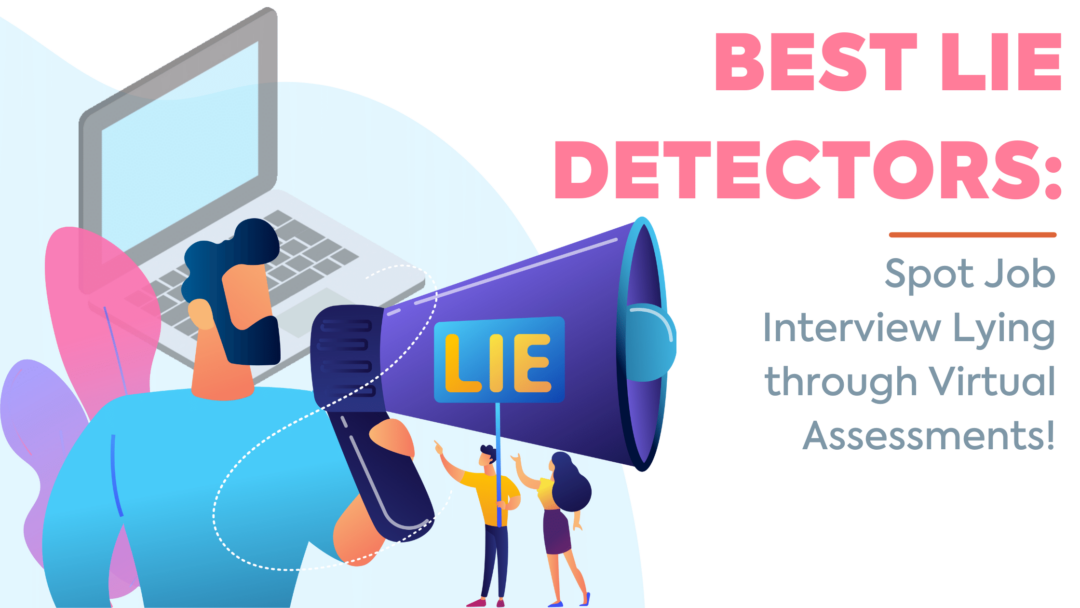 The human tendency to portray oneself as an extraordinaire sometimes can yield disastrous consequences. The Recruiters often get influenced by the applicant lying in responses to get done with the job interview post-haste.

Imagine hiring a fake good-doer as your frontline member. It is noxious enough to make you repent as an HR Manager. This shows how haphazard mass hiring can be.

Did you know? 66% of HR Managers are willing to overlook the lies that jobseekers present!

This mostly happens in mass hiring, because;

Nonetheless, it’s better late than never. At last, the modern HR managers have implemented HR tech services to find, hire, and train new employees, says a news headline on ‘The Federal’. The ‘little lie’ that people put in to emboss a good impression, can now cost them a loss of a good job opportunity. Why?

Because in the digital world, smart recruiters have switched to online psychometric assessments. These tools use lie scales to detect not only truthfulness but also the genuineness of the applicants.

This article will help you pinpoint the most probable segments where candidates lie. And also, help you understand the role of lie scales in hiring assessments. So that, you can prevent the consequences of haphazard mass hiring falling upon your organization.

According to Truth-Default Theory, humans often believe the second person is conveying the truth. And in an industrial scenario, every recruiter in a job interview tends to trust the responses of the candidates. 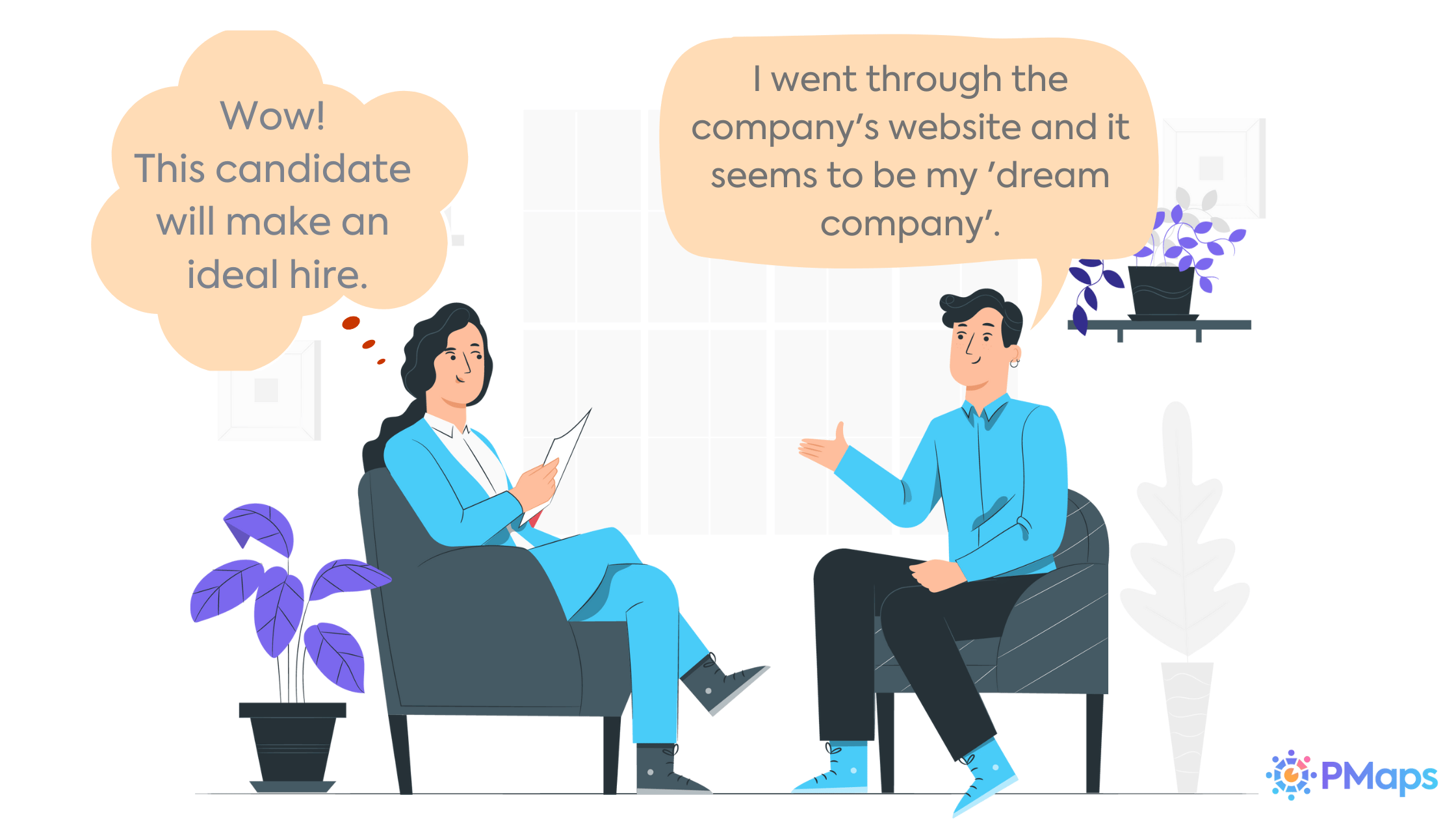 For instance, the first time you meet someone, you tend to believe the personality they portray to be the original personality they bear. So, when a candidate makes a positive statement or compliment to interviewers, they believe it to be true.

This leads to a favoring tendency of the interviewer towards the candidates. Therefore, it is even more necessary to switch to online hiring assessments that are employed with lie detection scales.

The competition in the job market pushes the candidates to exceptionalize their skills during mass hiring process. It makes them over-commit and forge their experience and backgrounds. Also, they frequently fake a socially desirable personality all-inclusive. 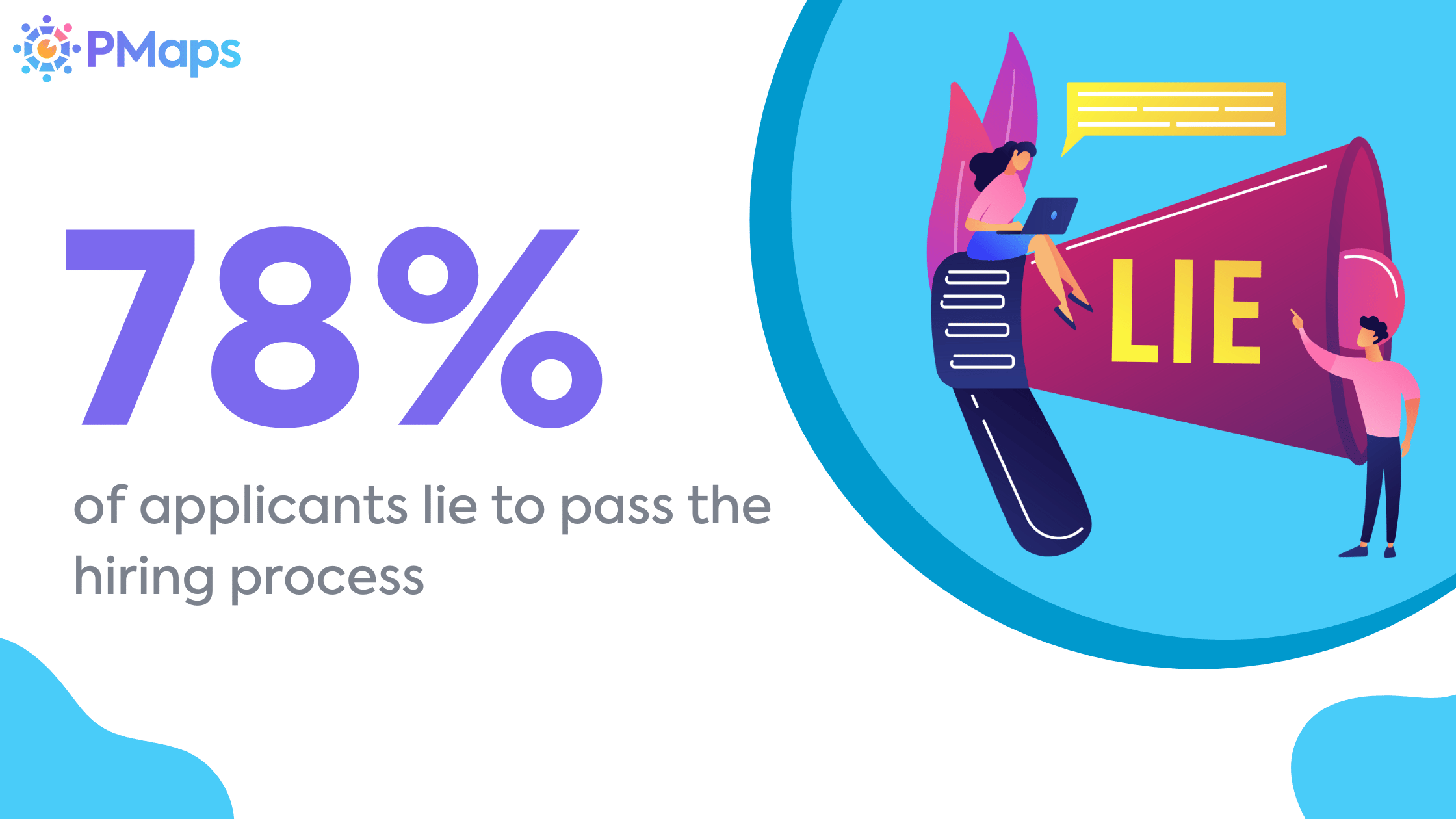 Now take a look at a survey report from Checkster, 78% of applicants lie to pass the hiring process. If these 78% of candidates lie in a job interview, and managers ignore these direct cues, then how much do you think the hiring quality would be impacted? Extremely much!

It is clear that, the eye-catchy and braggy resume can be pleasing and understandable to some extent. And a little overestimation of self is acceptable in interviews. But, it goes over the board when candidates fake past working experiences, professional or personal traits that they inhibit, and it affects their performance later.

Here are the 3 best lie detectors used in PMaps psychometric hiring assessments to detect true personality traits of the candidates. It gives you the complete privilege to hire authentic and unique applicants as per organizational preference.

This scale identifies the candidates that respond in extremes. The report obtained turns out to have a skewed graph to either the negative or positive side of the traits. You must have experienced the strong urge to portray yourself as incompetent in a job interview that your parents forced you into. And in contrast, a strong urge to portray yourself as a perfectionist when you are attending the hiring assessment of your dream company.

If it can happen to you, it can happen to anyone. Though candidates cannot prevent themselves from lying, the lie scale can help you avoid hiring troublesome employees. The structure of this test considers exceptions (certain extreme answers may pass through). And the extreme responses are often the result of the pre-assumption of what the interviewer expects to read.

But, the acquiescence bias occurs when people encounter bipolar statements (Bipolar statement refers to two contrasting outcomes such as, yes or no). This refers to the tendency of answering positively. To give you clarity on the scale, here is an elucidated example of the scale.

Suppose “Are you influenced by a professional goal?” asks one question, many would tend to answer ‘strongly agree’ to it. However, if the same asks as “Do you prioritize professional targets over personal goals?”, the reply favors a well-thought-out response, despite the fact that both statements mean the same thing.

Another way to tackle the tendency of yes-sayers according to Yphtach Lelkes and Rebecca Weiss, you can implement yes and no questions into the questionnaire. In this form, the scale will identify the propensity of the candidate to answer ‘yes’ to an item.

This scale has a simple structure with extreme elements. It measures how “NEUTRAL” the responses of a candidate are. It means how obliviously they have responded to the questionnaire. The reason can be anything.

Sometimes, the candidates might need to present themselves ideally and unrealistically to make a distinct impression. Or it can be due to the length of the questionnaire, that many candidates tend to lose interest halfway through. This can also be a cause of infrequent or typical responses, says Journal Of Business And Psychology (2022).

Therefore, the role of this scale is quite significant. Let’s suppose an element of the questionnaire happens to be “Are you economically ambitious?”. We are all aware that the world now is much more money-oriented than it was in the past, as capital provides us with social standing. Now, if the candidate chooses ‘neutral’ to this item, they might as well be lying about their actual motive.

The scale, however, considers the chances of a candidate picking ‘neutral’ in a literal sense. It might be true to some extent that he/she had been truly satisfied enough with whatever they earn. The scales show the percentage of conscientious responses of the examinees. This further contributes to chunking out genuine candidates through an online report.

The most complex tendency of human beings is to act as per the expectation of the second person. According to a paper published by Duke University, Durham, NC, USA, impression management involves self-promotive, ingratiation, exemplification, intimidation, and supplication tactics as core traits. This is where the test givers tend to exaggerate their actual nature and motive. If not for the scale, you would have fallen victim to the smooth-talkers during the job interviews.

To help you understand the role of this scale better, here is an example. Suppose, an item asks, “Have you been through the company’s website?”, “Yes” will be a natural response for any attendee. This is because it goes unsaid that a company expects the applicants to have a brief idea of their organization.

Nevertheless, the scale considers genuine responses and acknowledges the true achievements of the applicants up to a certain level. Overachievers can be a good hire given the fact they are genuine. At the same time, underachievers with potential can prove to be good recruitment if they are genuine enough. 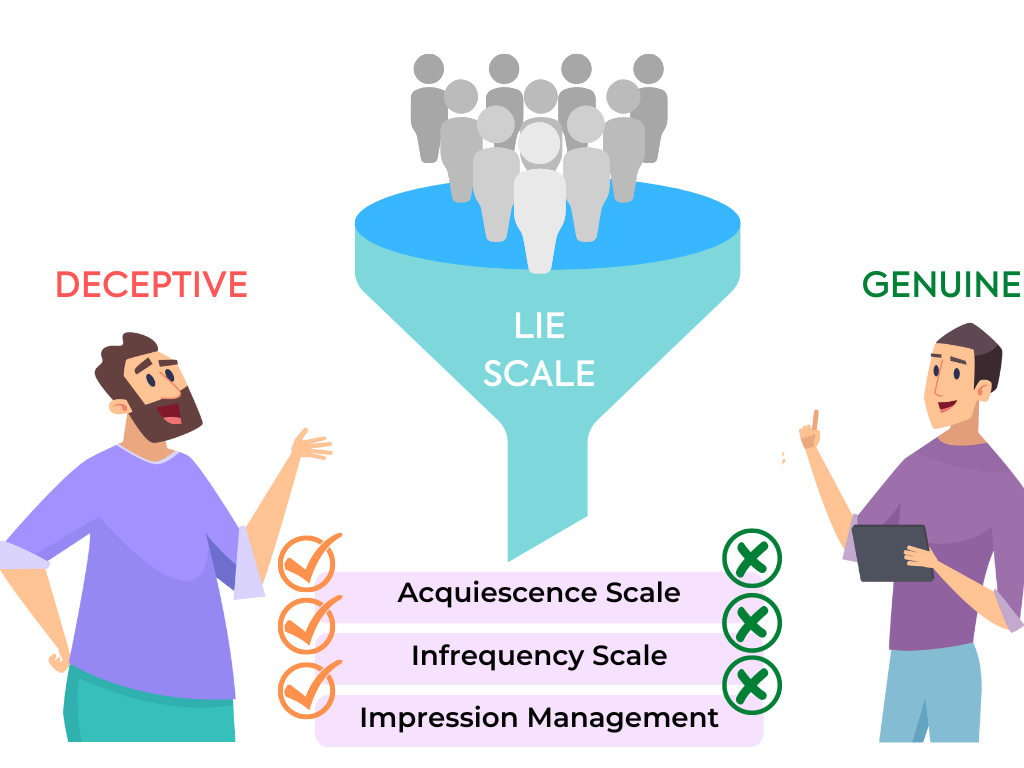 All candidates prepare a bit before getting into a job interview. Even if one is not interested in an interview, the bare minimum they aim for is completing the job interview as soon as possible. In the process, knowingly or unknowingly people turn in careless responses, implement impression management, and tend to respond acquiescently and infrequently.

To avoid committing a hiring blunder, ensure these lie detection scales are running well on your hiring assessments. PMaps hiring assessments are pre-deployed to filter out the genuine candidates for this matter. Experience the ease of avoiding hiring biases through online assessments.